Hello! Read in our paper recently that a museum in the nearby village of Douglas was hosting a layout of a miniature circus, so I went there last week to check it out.

Think of your typical model railroad layout; this was similar in scale and layout size. Indeed, the woman on hand at the display told me that the circus layout had been created by her father and was a replica of the Al G. Barnes circus of the 1930's. She added that her father had been an avid member of a miniature circus hobbyist group. I'd long been aware of such groups for model railroads, but had had no idea that there were people into scale model circuses.  Well, they say you learn something new every day, and that I did.

As with a model train layout, certain "vehicles" moved around the perimeter of various stationary objects. In this case, a parade of circus wagons and animals moved around a collection of circus tents plus more wagons, animals and people. I'll show a few photos of what I mean: 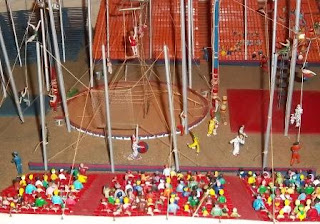 High-wire acts under the Big Top. 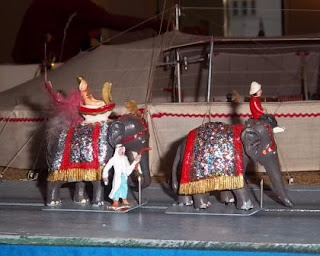 Elephants on parade, passing by one of the circus tents. Circus tents - they were made of muslin, I was told.


I had taken many more pictures, since I love this sort of thing, but figured the village of Douglas deserved some photos on this blog as well: 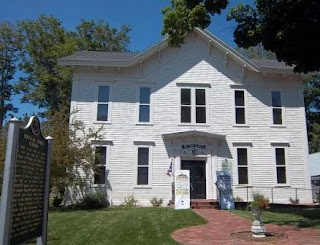 Above, the museum that hosted the miniature circus display. The building was originally a schoolhouse. 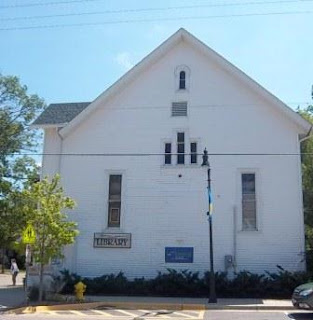 This library is across the street from the museum. There was a 1/2 off sale of used books advertised, so you'd better believe I headed over there! For $1.50, I got a craft book full of cute projects and a relaxation music CD. 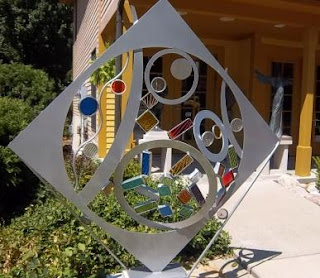 Sculpture in front of an art gallery. 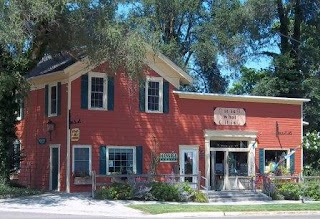 Once a house, now houses businesses. 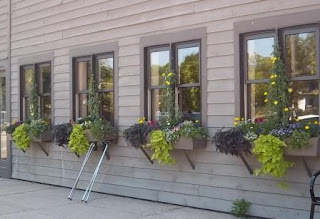 Window boxes along the outside of a restaurant. 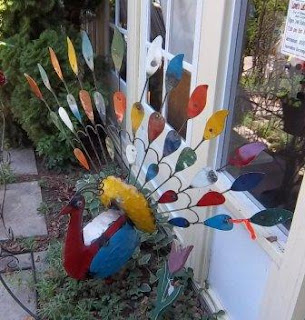 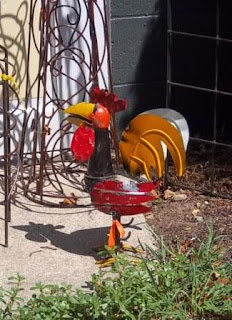 Colorful animal sculptures outside another art gallery. Downtown Douglas is quite small but is big on charm!


Alas, the circus display has been taken down, but I will have to return to Douglas soon to take more pictures - as I'd said, it's a very charming place.

Email ThisBlogThis!Share to TwitterShare to FacebookShare to Pinterest
Labels: travel and leisure